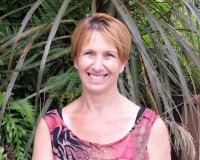 I have been employed in Neonatal nursing since 2002, working in an advanced practice role from 2012 and as a Neonatal Nurse Practitioner (NNP) since 2016.  Neonatal nursing in NZ remains an exciting and dynamic field which I am proud to be a part of.  I endeavor to bring my nursing expertise as well as medical complexities to all areas of neonatal care, both clinically and with a strong involvement in research.  I take pride in my ability to communicate effectively across a multidisciplinary forum and to this end, I am involved in a few select perinatal working groups and committees with the goal of improving the way we provide care to neonates and their families/whanau.

Background: Significant advances in the care of preterm infants has reduced morbidity and mortality.1,2 However, despite these advances, rates of neurodevelopmental disabilities remain a major concern.1 It has been proposed that neurovascular instability, and resultant variation in brain perfusion and oxygenation during the critical phase of transition plays a significant role in the pathophysiology of preterm-associated brain injuries.3 We hypothesized that common nursing care interventions can significantly influence the brain oxygenation of extremely preterm infants in the first 3 days of life.

Aim: The current study aims to characterize the effects of common nursing care interventions on the cerebral regional oxygenation (crSO2) during the first 72hrs of life in extreme preterm and low birthweight infants.

Conclusions: Minimal handling of extremely preterm infants during the critical transition period after birth has been advocated as a key guiding principle for neonatal nursing care.4 To date the physiological effects of common nursing care interventions on the vital organ oxygenation of extreme preterm infants has not been fully understood. Preliminary results of our current study suggests that cerebral oxygenation may be significantly influenced by nursing care.