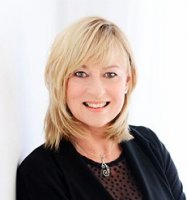 Deborah has had a global influence on the promotion and prevention of endometriosis worldwide. She developed the world’s first Menstrual Health and Endometriosis me™ programme for schools in 1997 which has significantly influenced early recognition of symptoms and timely intervention in adolescents.

She has developed Innovative health initiatives and programmes for schools, workplaces, hospitals and CME. She was instrumental in developing a Task Force team with Medical Colleges and the New Zealand Government to develop new Clinical Pathways for endometriosis which will be implemented in 2019. Her private practice EPP Coaching and Consulting integrates into treatment centres offering multi-disciplinary expertise.

Deborah presents frequently as key note speaker at international academic conferences. Her many national and international awards reflect her achievements and contribution to the literature. She sits on the World Endometriosis Society Trust Board and in 2018, initiated the new organisation, World Endometriosis Organisations (WEO) and is Chief Officer. Deborah was described as ‘a pioneer, a visionary, a highly effective lay person in a specialised medical world’ by the New Zealand Woman of the Year judges.

Deborah’s achievements are reflected in the following awards: